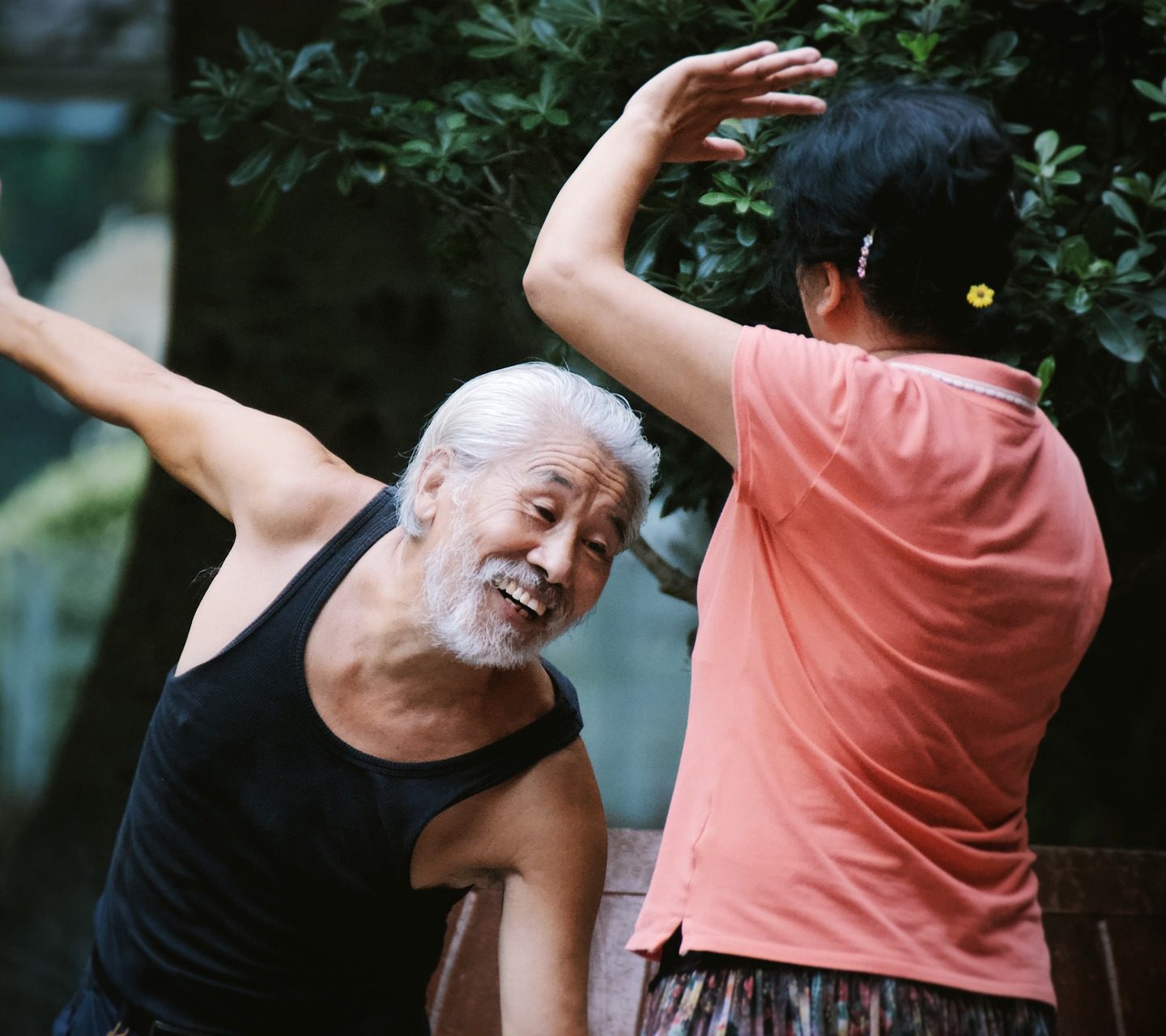 The Art of Dancing

During my daily jogging routine in a nearby forest I regularly used to come across a group of small children who explored nature with their kindergarten teachers. I used to stop and have a talk with the children. They were curious and asked me questions. “Why are you running?” – I told them. They asked back: “Why?” – I modified my answer. Again, they asked back: “Why?” – I realized that I found myself in a circularity from which there was no escape. I remembered the advice of a friend how to get out of this and asked back: “Why do you ask?” – And again, they got me. They asked: “Why do you want to know?” – I gave up, bid farewell, and resumed my jogging. They applauded behind me and cheered: “You will make it!” – During the next hour jogging through nature I reflected on what I had experienced with these kids. I realized that they had communicated as the Greek philosopher Socrates had taught young people 2500 years ago and for which the authorities had sentenced him to death. They had accused him of seducing the young. All he had done was to encourage young people to not let adults get away with answers they did not understand and before complying with what was expected from them ask questions. The German version of the American children´s series Sesame Street latches on to that.

Its title song begins with the words Wer, Wie, Was, Wieso, Weshalb, Warum? – Wer nicht fragt, bleibt dumm! (Who, How, What, Why and What for? – Who does not ask will stay dumb! – The German interrogative pronoun Wieso is a colloquialism for Warum meaning Why).  Contributions and examples in every episode, which are pedagogically well chosen and designed, focus on knowledge in the meaning of what is known, and one should know. No doubt, motivating children in this sense is an important start to foster learning. But to my mind it is only a start to what we call education. Which brings me to my bottom line.

Knowledge of facts may help to pass exams but will remain empty if the learner does not understand the meaning of them. The key interrogative pronoun is Why. When small children use it as in my example, they do not understand the meaning of what they perceive. That is why the answer of the adult should not focus on delivering facts but satisfy the curiosity to understand. Facts are just supplementary knowledge and get attention during the brain´s process of what we call learning. In this sense education is not an end state but a never-ending process, which is just not the collection of facts to memorize them and recite their meanings in a prescribed way but to strive undeterred for an understanding of what could be meant (which requires frustration tolerance), put it into a broader context (which requires holistic thinking), participate actively in discourses (which requires self-efficacy), and pay attention to other views (which requires empathy). Heinz von Foerster once used the analogy of dancing a tango to describe communication. It fits the process of education, which makes teacher and student dancing partners. Animals can be trained, machines must be tested for proper functioning, humans can only be invited to dance.

This insight shaped my attitude towards leading and teaching people many years ago. In all modesty, I was successful. The only “problem” which I encounter still today is the question: What are you, what do you call yourself? – My answer: I am a beginner! – As long as the questions “Why” and “What for” drive my restlessness what else could I be? – Let me put this philosophy into life.

In the moment I prepare a young Chinese student from Bejing for the so called C1 test. Its successful passing is pre-requisite to be admitted to a German university. During the past months she had received an excellent training on German grammar and a variety of vocabulary. She can construct sentences and express herself orally and in writing on a variety of subjects related to the life of a student at a German university. But the admittedly well-designed exercises for the C1 test go beyond that. The topics which need to be worked to learn and prove language skills in the areas of reading and listening comprehension as well as practicing and demonstrating writing, speaking, and discussion abilities require cultural knowledge about Germany, which she does not have. Gender issues, women´s rights, Corona politics, work/life balance, migration, our political system, historical backgrounds, and many more are unknown to her. After reading a German newspaper article or watching German news I ask her if she has questions. She asks for translations of vocabulary. After I give it to her, she still has no clue what the issue is. I then ask her if she understands the meaning of all. She doesn´t. I then switch to pictures and metaphors and ask why and what for questions relating to her Chinese culture. She latches on and a discourse begins. Learning and educating becomes mutual. Since we work in this mode every morning´s session is dancing. Language is the music. No frustrations despite one or the other wrong step, moving around on the dance floor comes naturally, daring new movements is fun, and inviting the other to join is a desire.  I would like to extend this invitation to you. When it comes to education we are all artists. Let´s dance.